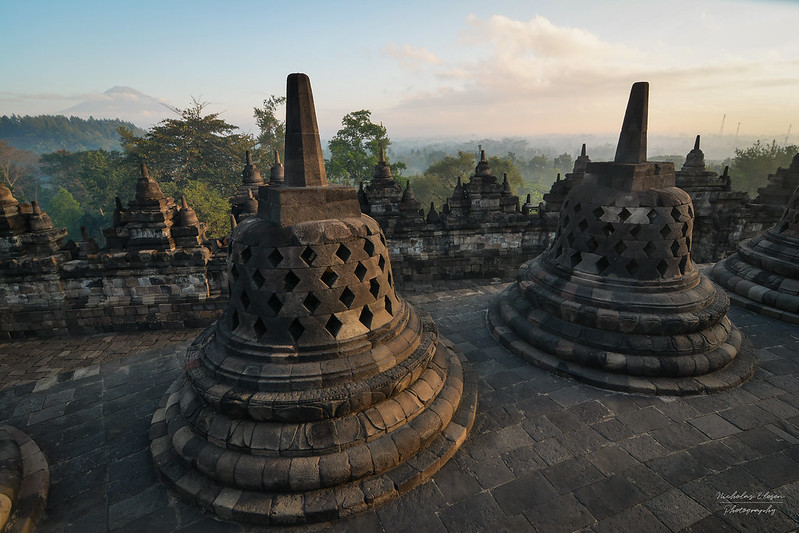 Watching the sunrise at Borobudur is one of those things you just have to do on a trip to Indonesia. Yes, the crowds are annoying; yes, you have to get up super early; but yes, it’s totally worth it 🙂 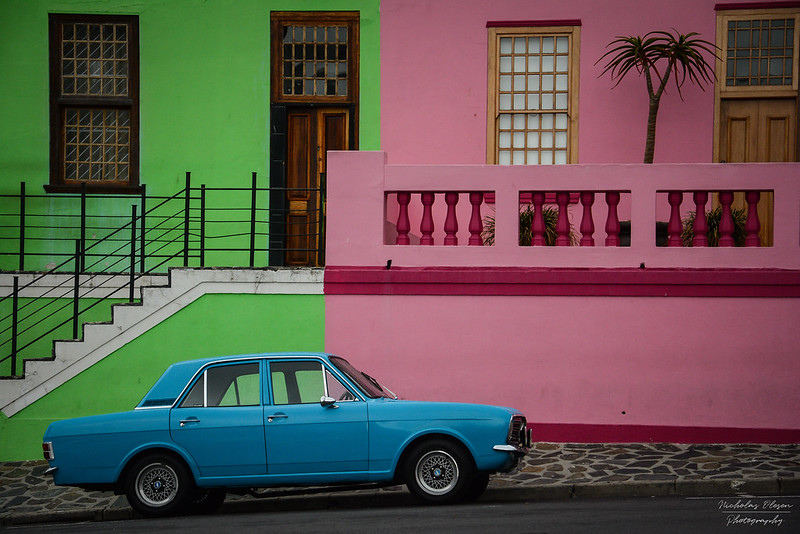 The Bo-Kaap area of Cape Town was the first area where freed slaves settled after they were liberated. As a result it was a real melting pot of cultures, predominantly Muslim, and became a center of cultural life of the city. The houses are all very colorful, probably as an expression of freedom and individualism. 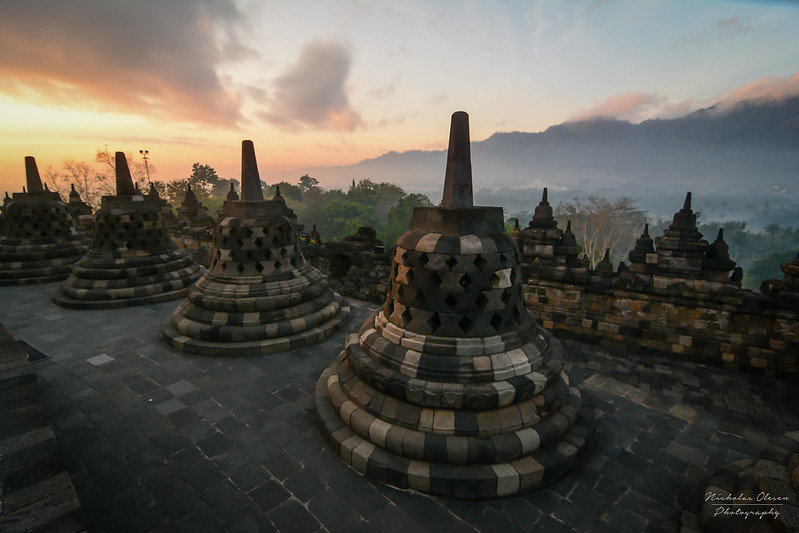 Another highlight of my trip to Indonesia was watching the sunrise over Borobudur, built in the 9th century and today is the largest Buddhist temple in the world. It’s located just outside of the city of Yogyakarta. Unfortunately a lot of tourists go to see the sunrise, so you’re hardly alone at the top! I found it even worse than Bagan in Myanmar – at least there you have hundreds of temples which you can watch the sunrise from, whereas at Borobudur there is just the one. It means you need to bring your patience with you in order to get shots without people! You also have to search for different angles, as the side where the sun rises is covered in people. Still worth it though when I see this shot! 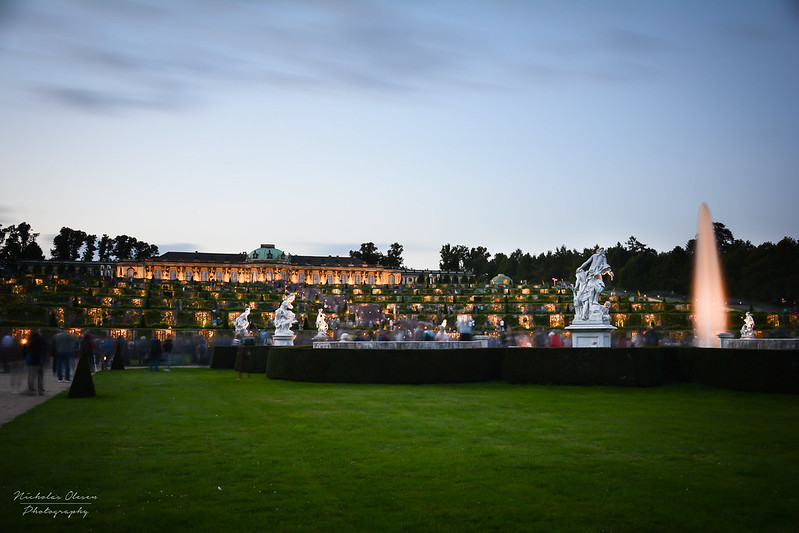 Yesterday I went to the 19th edition of the Potsdamer Schlössernacht – an evening where the gardens of the palaces in Potsdam are open and there are various musical and theatrical performances. The highlight is seeing the palaces lit up at night, and at the end there is a firework display as well. Unfortunately it draws massive crowds (unsurprisingly), so it can be difficult to photograph without thousands of people in the shot!

This picture was taken with a 1 minute exposure using a Hoya NDX400 filter – this way as people move they don’t appear in the frame (unless they don’t move of course!) and it always accentuates the beautiful colors at blue hour. 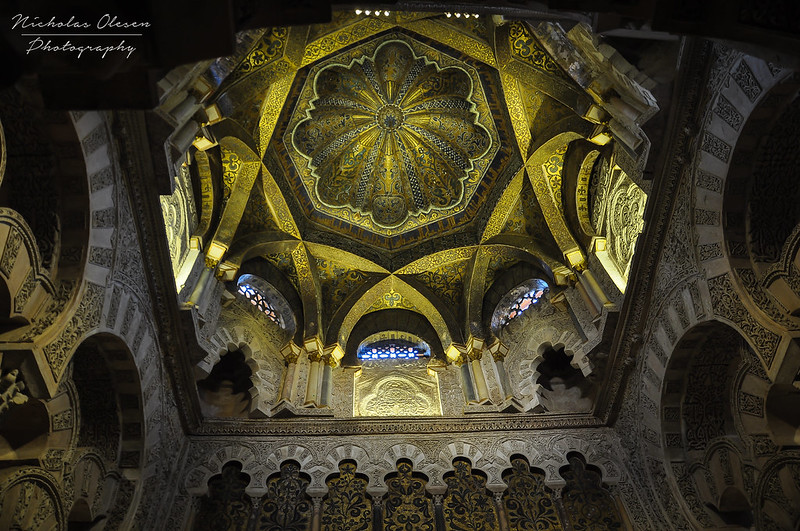 La Mezquita in Cordoba is a fascinating building – the site was originally the location of a small temple, which was divided into Muslim and Christian halves when the Muslims conquered Spain in the 700s. The Christian half was eventually purchased a few decades later and the entire structure was demolished, to be replaced by the grand mosque of Cordoba. When Cordoba returned to Christian rule in the 1200s, it was converted back into a church, and a cathedral was built in the middle in the 16th century.

The result is stunning – the mosque architecture is simple arches on tall columns, but the effect is mesmerizing. The building just seems to go on forever! The Mihrab at the back of the mosque, indicating the direction of Mecca, is particularly stunning as you can see in this shot.

Charles V, the King of Castile and Aragon who granted permission to build the cathedral inside the mosque, famously said “they have taken something unique in all the world and destroyed it to build something you can find in any city” when he saw the end result – in a way I agree with him, but the building is still stunning! 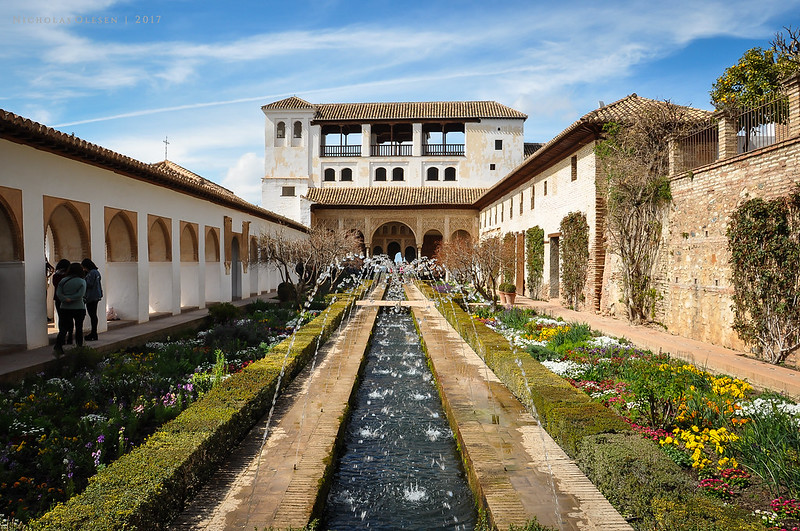 This is a view of the Patio de la Acequia, one of the beautiful gardens in the Alhambra.  It’s actually located in the Generalife, which was a summer palace used by the Nasrid rulers at the time.  The water supply was particularly interesting to me (as an engineer!) since it all comes from one source and was then distributed around the palace. 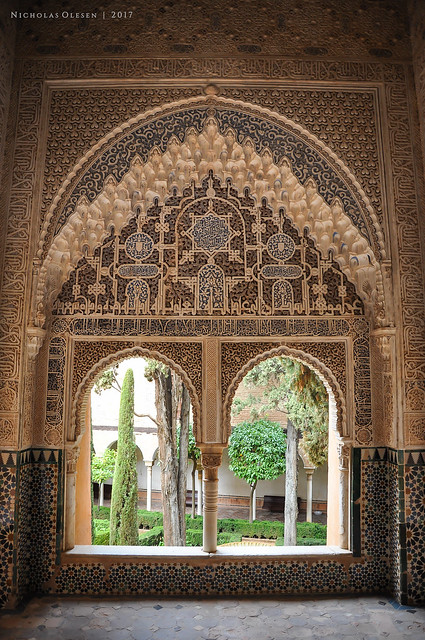 A window frame in the beautiful palaces of the Alhambra in Granada, Spain. 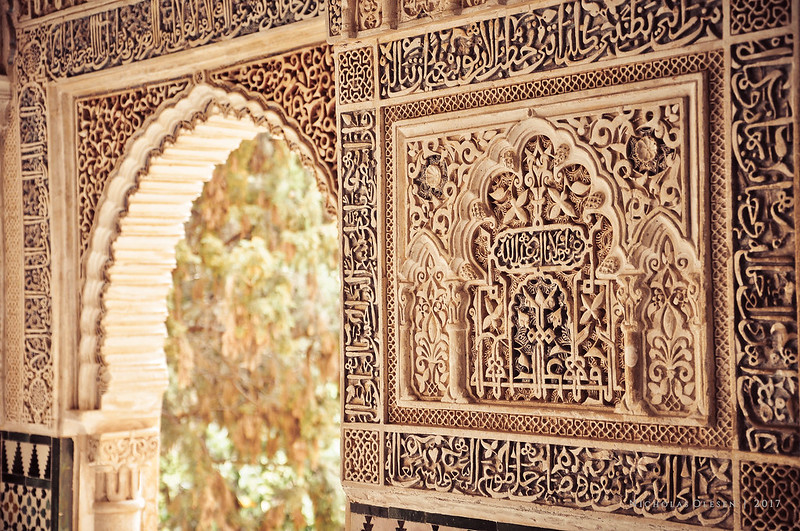 Detail of the carving next to a doorway in the beautiful Alhambra in Granada. 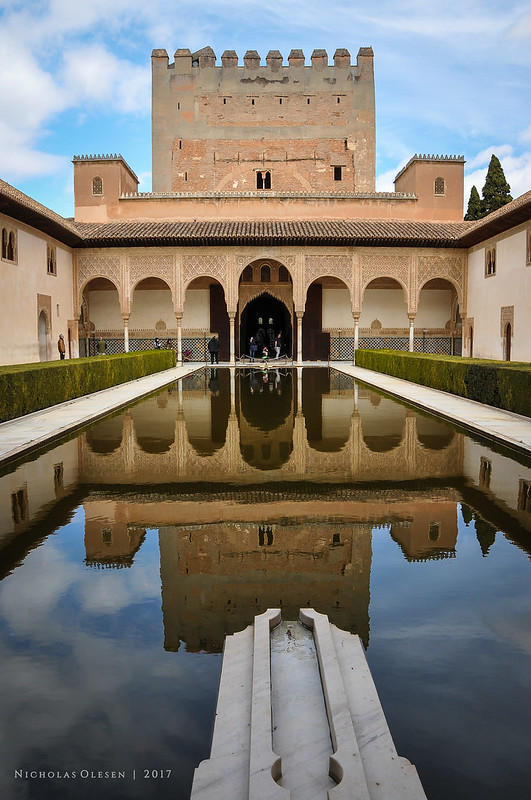 This is the Court of the Myrtles, in the Alhambra in Granada.  It gets its name from the myrtle bushes which grow next to the central pond.

It’s surrounded on all sides by several rooms and chambers, including a woman’s residence and kitchen rooms. 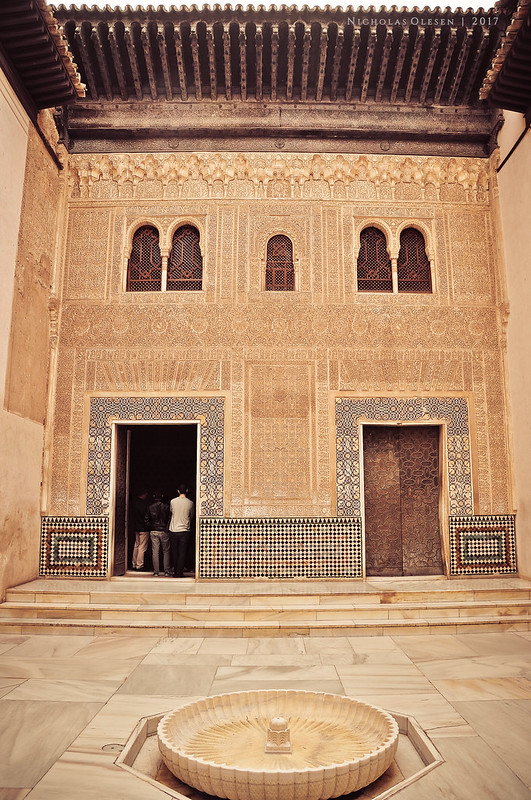 This is the Patio of the Gilded Room in the Nasrid Palaces of the Alhambra, in Granada. The patio connects the two Nasrid palaces, from the Mexuar to the Gilded Room. The wall visible behind the fountain is intricately carved with poems and inscriptions.

Due to the popularity of the Alhambra, it’s extremely difficult to find a break in the flood of tourists, so people-free pictures are hard to get; this is as close as I could get in this beautiful patio.